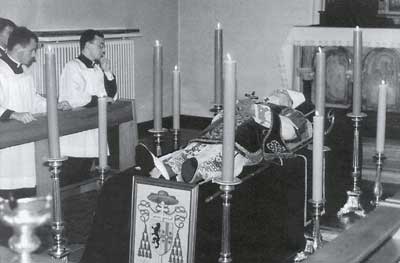 Good Friday marks the 25th Anniversary of the death of Archbishop Marcel Lefebvre, on 25th March, 1991. Nothing about this can be found in the British district newsletter. Nothing on DICI.org. Nothing on fsspx.de, the German district website. The US District has an article which is not very prominently displayed on their website, an article which rather misses the point. A mere 25 years after his death, the Archbishop is all but forgotten by the priests of the Society which he founded.